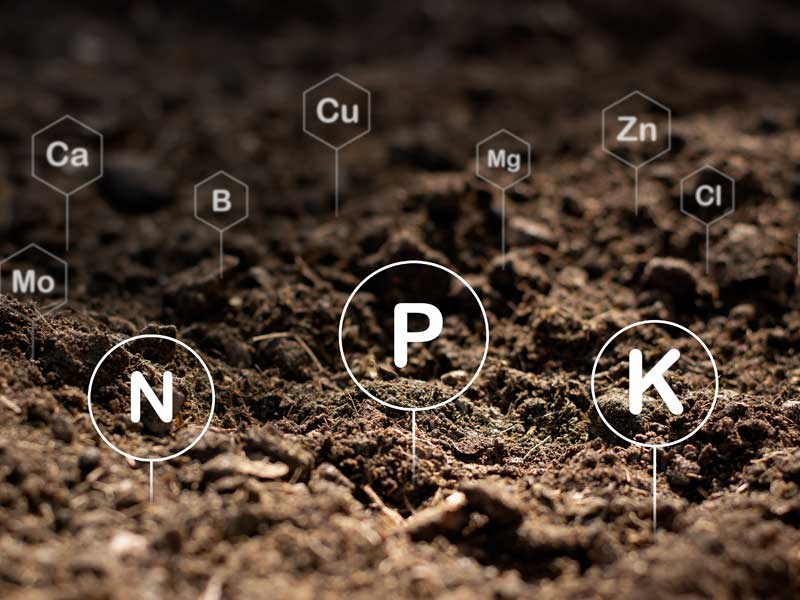 If you formulate an organic growing medium by adding starter organic fertilizers, the growing medium should not be used immediately. It should be allowed to “rest” for 2-4 weeks before using it.

The reason is simple: When you add starter organic fertilizers, various microorganism populations that are required to break down complex organic materials into intermediary forms of nitrogen need time to build up. The nitrogen conversion process might not be completed in a freshly produced growing medium. Until this occurs, there is a possibility that toxic, intermediary forms of nitrogen accumulate in the growing medium until another group of microorganisms build up to continue the nitrogen conversion process.

The Process for the Conversion of Organic Proteins into Nitrogen

As mentioned, when organic fertilizers are blended into a growing medium, the population of microbes that convert organic proteins found in fertilizers into useable forms of nitrogen must build up. The first step in the breakdown of nitrogen into a usable form occurs through a process known as “mineralization”. During mineralization, microbes start by converting organic matter proteins into ammonia (NH3), which is toxic to plants at levels greater than 2-8 ppm (Figure 1). Mineralization further continues through a different group of microorganisms in which ammonia (NH3) is converted into ammonium (NH4+) (Figure 1). Although ammonium is used by plants, it can accumulate to unhealthy levels for proper plant growth.

After mineralization is completed, nitrification begins. During nitrification, ammonium is converted by microorganisms into nitrite (NO2-), which is toxic to plants at a few parts per million. Then nitrite is further converted to nitrate (NO3-) by other bacteria (Figure 2). It takes about 2-4 weeks for the microorganism populations to build up and convert organic proteins into usable nitrogen. After this time, the growing medium should be “stabilized” and there only should be minor levels of ammonia and nitrite at any given time.

“Figure 2. Nitrification of ammonium into nitrate through soil bacteria.”

Modification in The Conversion Process

Since microorganisms are responsible for nitrogen mineralization and nitrification, these processes can be sped up or slowed down based on the following:

If you want to learn more about nitrogen: Nitrogen's Influence on Growing Medium pH.