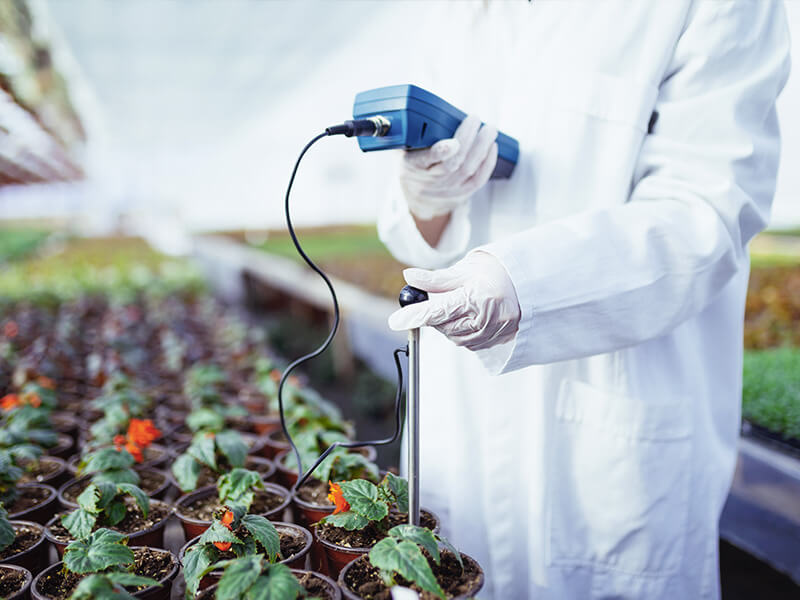 Once the population of these microorganisms build up during the resting stage, the growing medium becomes “stable” and there is less fluctuation in its chemical properties.

In this article, we will discuss the rollercoaster ride of changing pH and soluble salt levels that justifies a “resting” period for organic growing media.

Why Are the First Weeks Crucial on pH Level Fluctuations

One of the main reasons that an organic mix should “rest” is that there are significant pH fluctuations that occur in the first few weeks after its production. Image 1 shows that as nitrogen mineralization takes place (in which organic proteins are broken down into ammonium), there are free hydroxides (OH-) released into the growing medium solution, which causes the growing medium pH to rise (Image 2). The pH rises by almost 0.5 unit or more in the first one to two weeks. 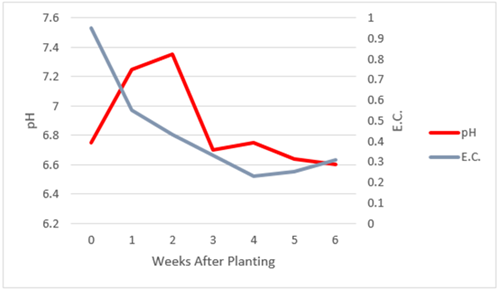 Image 2. Change in pH and E.C. of a peat/perlite growing medium used to grow leafy greens that was amended with a poultry manure. Water source had an alkalinity of 50 ppm CaCO3 and E.C. of 0.4 mS/cm. Source: Fisher, P., J. Huang, M. Paz and R. Dickson.

Once ammonium has built up in the growing medium along with the appropriate bacteria to break it down, the nitrification begins. As ammonium is converted to nitrite and then nitrate, hydrogen (H+) (or acid ions) start to build within the soil solution (Image 3).

This causes the pH of the growing medium to drop as seen in Image 2 from week 2 to 3. Beyond the first three weeks in Image 2, the pH is relatively stable because the microorganisms responsible for mineralization and nitrification have built up and both processes are occurring simultaneously.

Image 3. Nitrification of ammonium into nitrate through soil bacteria.

The Impact of Fertilizer and Compost on Substrate pH Levels

Through the processes of mineralization, in which organic matter proteins are converted to ammonium, nitrification, in which ammonium is converted into nitrate, and other processes, there is an initial release of a large quantity of mineral nutrients.

This is also true if compost is used in a growing medium. As mineralization and nitrification continue, nutrient reserves decline and so does the E.C. It is possible that the E.C. could still be too high for healthy crop growth if  too much starter fertilizer or nutrient-rich compost is added to the growing medium.