Role of Manganese in Plant Culture

Although it is used in small amounts by plants, manganese is of capital importance to healthy plant growth, like all micronutrients. Among others, it plays a significant part in the process of photosynthesis.

Manganese (Mn) is an important plant micronutrient and is required by plants in the second greatest quantity compared to iron. Like any other element, it can have a limiting factor on plant growth if it is deficient or toxic in plant tissue.

Function of Manganese in Plants

With severe deficiency, plant growth may also be reduced and stunted. 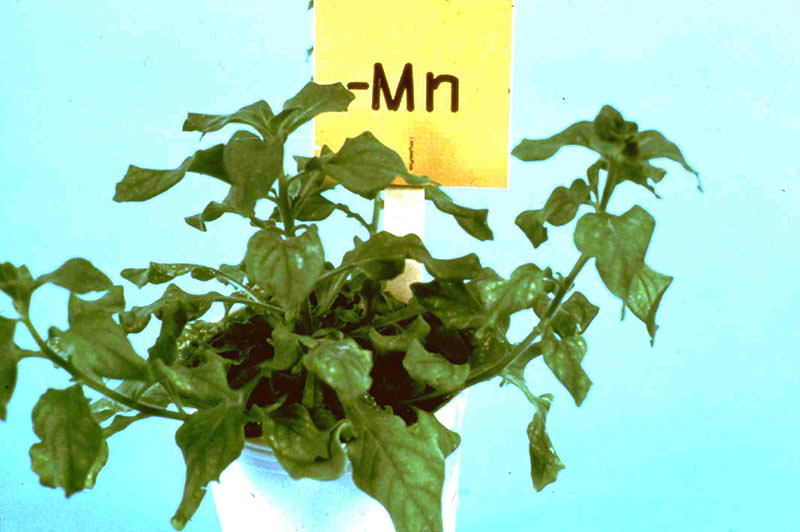 Manganese and iron are closely related, so manganese competes with iron and, to a lesser extent, with zinc, copper, magnesium and calcium for uptake by the plant. Maintain the manganese to iron ratio at about 1:2 to 1:4. If the manganese ratio is lower, then it can induce a manganese deficiency.

Manganese deficiency can also occur from low fertilizer application rates, use of general-purpose fertilizers (which typically have reduced micronutrient contents), excessive leaching or applying iron chelate drenches. Constant feeding at recommended rates with water soluble, peat-lite fertilizers is the best way to ensure that all essential micronutrients, including manganese, are provided in the correct proportions.

Most commercial growing media contain a “starter” nutrient package that includes manganese and the other essential micronutrients. However, the “started” nutrient package will only satisfy the needs of a crop for approximately one week.

Manganese deficiency correction may take from 6 days, if the weather is sunny and warm, to several weeks. Generally, the more severe the deficiency, the longer it will take to correct the problem. Typically, correction appears as greening of the leaf tissue along the veins of the leaves. The bands of green widen until they coalesce into healthy green leaves. 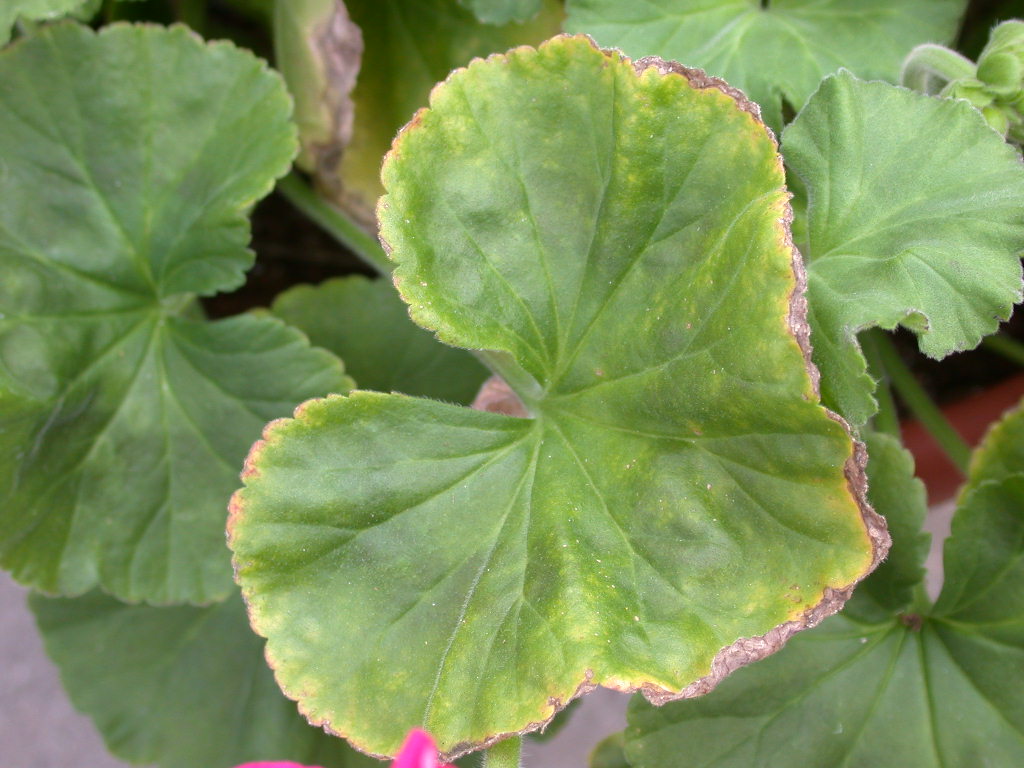 Manganese toxicity symptoms begin with the burning of the tips and margins or as reddish-brown spots across older leaves. Severe toxicity may result in spots becoming more numerous and larger, forming patches on the older leaves.

At pH levels below 5.5, manganese is very soluble and toxicity symptoms are probable, especially in zonal geraniums, marigolds, lisianthus and New Guinea Impatiens. It is best to apply a potentially basic fertilizer and/or use liquid limestone products to increase the pH of the growing medium to reduce manganese solubility. Manganese toxicity can also occur if the fertilizer application rate is excessive.

If you suspect manganese deficiency or toxicity in your crops, it is best to confirm assumptions with laboratory testing to implement corrective measures. The prudent approach is to test the medium and tissue from both “normal” and “abnormal” plants and the nutrient solution(s) that are applied. This is the only way to know if manganese deficiency or toxicity is occurring.

Contact your Premier Tech Grower Services representative for assistance in establishing the fertilization program that will work best for your crops.