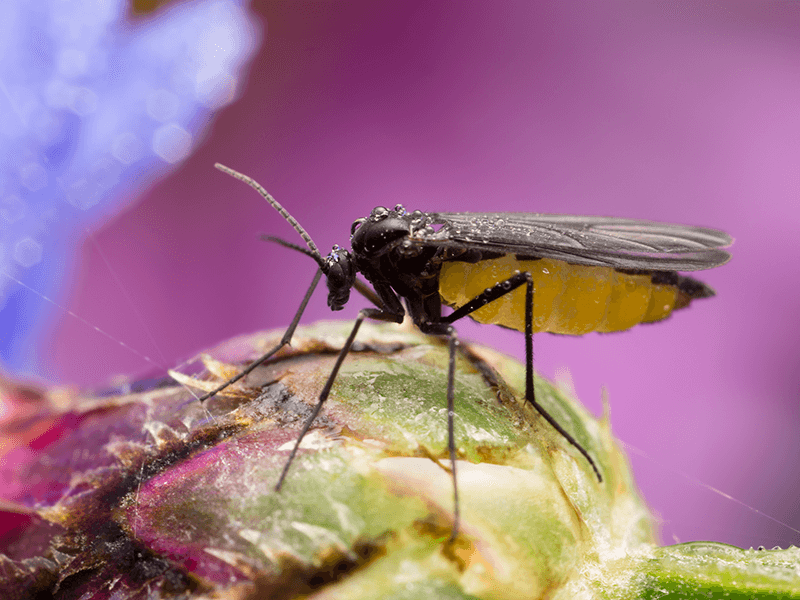 * PRO-MIX BIOFUNGICIDE + MYCORRHIZAE products are only available in the US.  Validate products availability with your PRO-MIX sales representative.

Through years of research on active ingredients, Premier Tech has developed products with an optimal combination of BIOFUNGICIDE (Bacillus pumilus) and MYCORRHIZAE (Glomus intraradices). PRO-MIX BIOFUNGICIDE + MYCORRHIZAE is a line of growing media products that includes active ingredients protecting plant root from harmful pathogens and enhance plant growth. Basically, the bacillus is a natural bacterium that suppresses the pathogens Fusarium, Pythium and Rhizoctonia that cause plant root disease, crown rot, and seedling rot disease.

The bacillus works in two modes of action: at the beginning, it colonizes the root system and grows on the roots. It helps to produce a physical barrier that prevents the pathogens from growing into the root system. Then, it produces a natural antibiotic which helps to suppress these organisms as well.

MYCORRHIZAE is a beneficial fungus that forms a symbiotic relationship between natural fungi and plants. The fungus colonizes the root system of plants, living off the nutrients, sugars and carbohydrates that are exuded by the plant to feed itself. Then, the fungus will grow out past the root system, into surrounding soil or soilless media environment where the plant roots are not present, to access water and nutrients and transfer them to the plant.

The BIOFUNGICIDE used in PRO-MIX products also acts to suppress certain insects in the root zone. Fungus gnats and thrips are a common problem for growers. PRO-MIX acts at the source of the insect infestation with bacteria that are already formulated in the growing media, making life easier for growers.

The Control of Insects

Over the years, various biological controls have been developed and used by commercial growers for the control of insects above soil line. The natural enemies of insect pests are categorized as predators, parasitoids, and pathogens. Predators catch and eat their prey, compared to parasitoids that lay their eggs on, in or near their host insect to later feed on them. Pathogens are insect disease-causing organisms that infect insects causing them to become sick or interfere with their normal processes. While chemical pesticides ‘control’ insects, biological controls ‘suppress’ insects and offer another option in the grower’s ‘tool bag’.  This is of interest for growers wanting to reduce the amount of chemical pesticide applications and for growers of organic crops. However, biological control of insects below soil line in the root zone can be a greater challenge since there have been less options available. 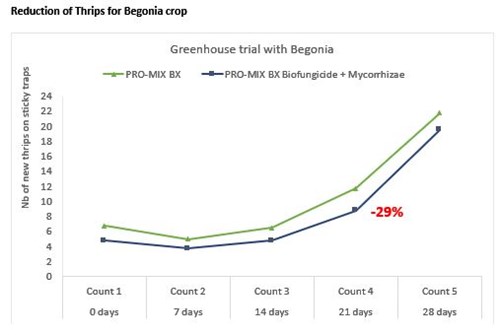 Some of insect-pathogenic fungi that can be used as microbial control agents for potting soils and growing media include Beauveria spp, Metarhizium spp and Paecilomyces spp. All three genera are naturally occurring and found around the world. All have different species and isolates that suppress different host insects. These fungi are effective for the suppression of some root zone insects, as labelled; however, they are not available in preformulated growing media and must be applied by the grower during the crop cycle.

These are live organisms and care must be taken for their handling, storage and use for effective insect suppression. Keep in mind that fungi are less robust than bacteria and may have compatibility interaction with certain chemicals that could render them useless. Therefore, growers should contact the specific manufacturer or dealer for specific storage and use recommendations to apply them.

Early work in the 1990s, suggested that certain types of Bacillus spp bacteria could suppress certain soil insects. Interestingly, PRO-MIX BIOFUNGICIDE + MYCORRHIZAE, containing Bacillus pumilus bacteria, was introduced to the market more than 10 years ago. Over the years, Premier Tech received reports from growers indicating reduction of fungus gnats and thrips in their greenhouse crops.

A series of research experiments conducted over many years included several short-term bedding crops and long-term ornamental crops (cyclamen, poinsettia). Research results indicated that PRO-MIX BIOFUNGICIDE + MYCORRHIZAE suppresses both insect pests, fungus gnats and thrips, to an average level of 30% and 22% respectively during the whole crop growing period. We also observed a reduction of fungus gnat infestation that could reach up to 67%, for a specific time during plant culture. By reducing the fungal food sources of certain root zone dwelling insects with Bacillus pumilus bacteria, there is an indirect suppressive effect on insect populations. 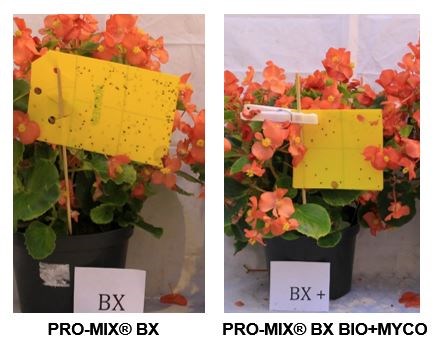 BIOFUNGICIDE™ and MYCORRHIZAE™ are trademarks of Premier Tech Ltd. and are used under license by Premier Horticulture Ltd.