One wonders why one growing operation has few fungus gnats while another has a lot. Often the growing medium is singled out as the source.  A recent study done by John Sanderson, Neil Mattson and Elizabeth Lamb at Cornell University (seen in Greenhouse Grower, June 2014) looked into the relationship between fungus gnats and their preference to growing media. 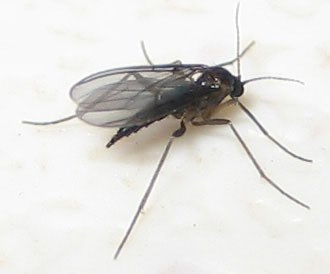 In general, the growing media with the highest water retention (and took longer to dry between waterings) had the highest fungus gnat emergence. Although the type of growing medium was not important, the moisture content was significant as it influenced the number of fungus gnats that made it to adulthood.