In 1991, the Canadian Sphagnum Peat Moss Association developed a policy for peat bog development and restoration. Since little information was known about peat bog restoration at the time, a three-year research project was granted to Laval University to determine various restoration methods. As a major peat producer with research personnel, Premier Horticulture actively participated in this project.

After several years of research and trials, a method and procedure for peat bog restoration was developed for the peat industry.  Peat bog restoration begins by obstructing the drainage ditches within the bog. This allows water from precipitation to once again flood the peat bog. Once the water table has risen just below the bog surface, live Sphagnum plants are taken from adjacent sites that have been newly opened for harvesting and are brought to the restoration area. There they are spread with a manure spreader and lightly coated with straw to prevent them from drying out (Fig. 2). The best time of year for Sphagnum plant reintroduction is Autumn.  After reintroduction, careful attention is given to maintain water levels within the peat bog to insure growth of the new vegetation. 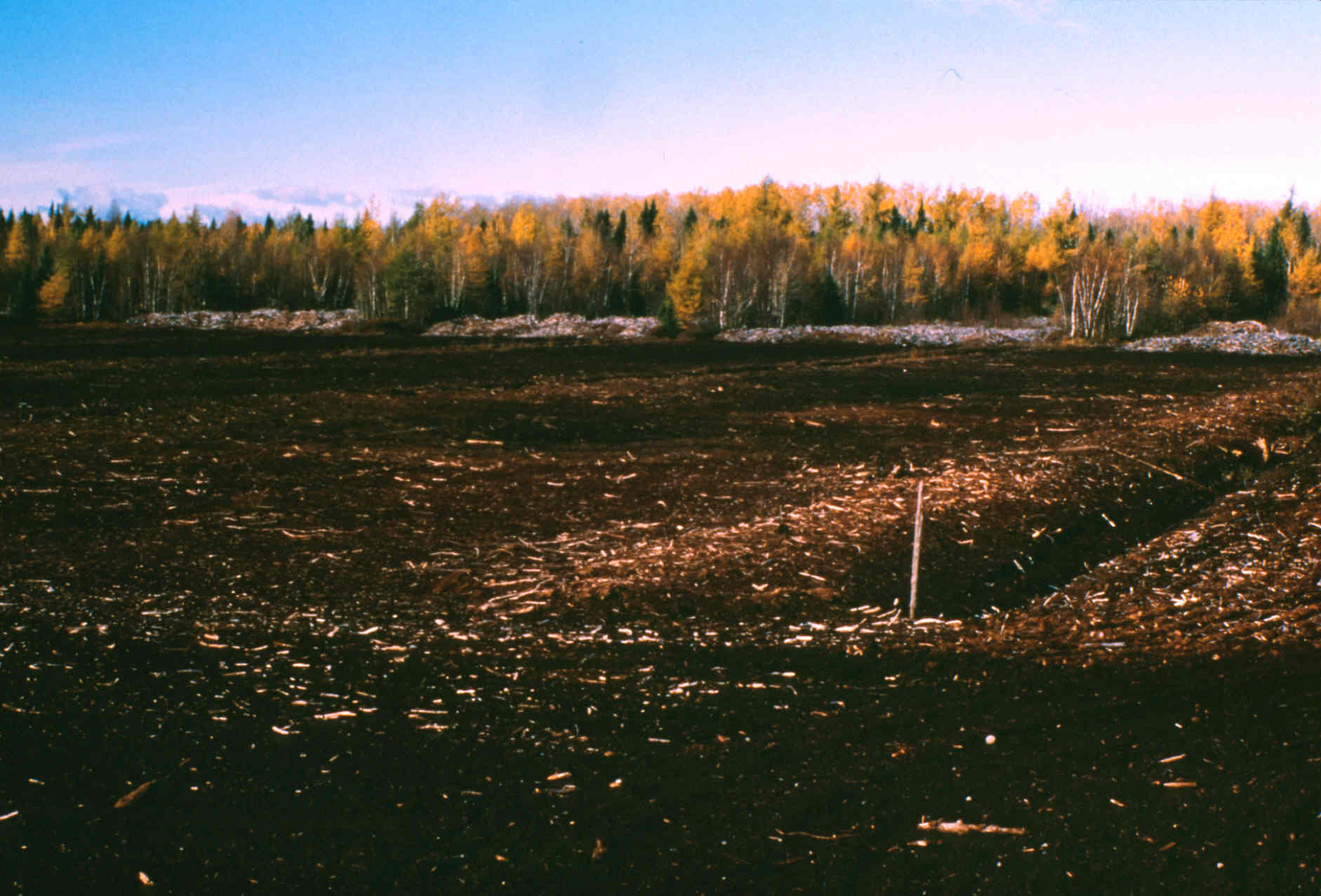 After several years, different species of Sphagnum can be observed growing in the bog (Fig. 3). These include S. fallax, S. cappillifolium, S. russowi S. fuscum, all of which grow according to the amount of water available (some are true aquatics, others terrestrial). As the Sphagnum takes hold (Fig. 5), it is often mixed with green moss, carnivorous plants like the Pitcher plant and the Round-leaved sundew, leather leaf, Northern bog laurel, small bog cranberry and black spruce. 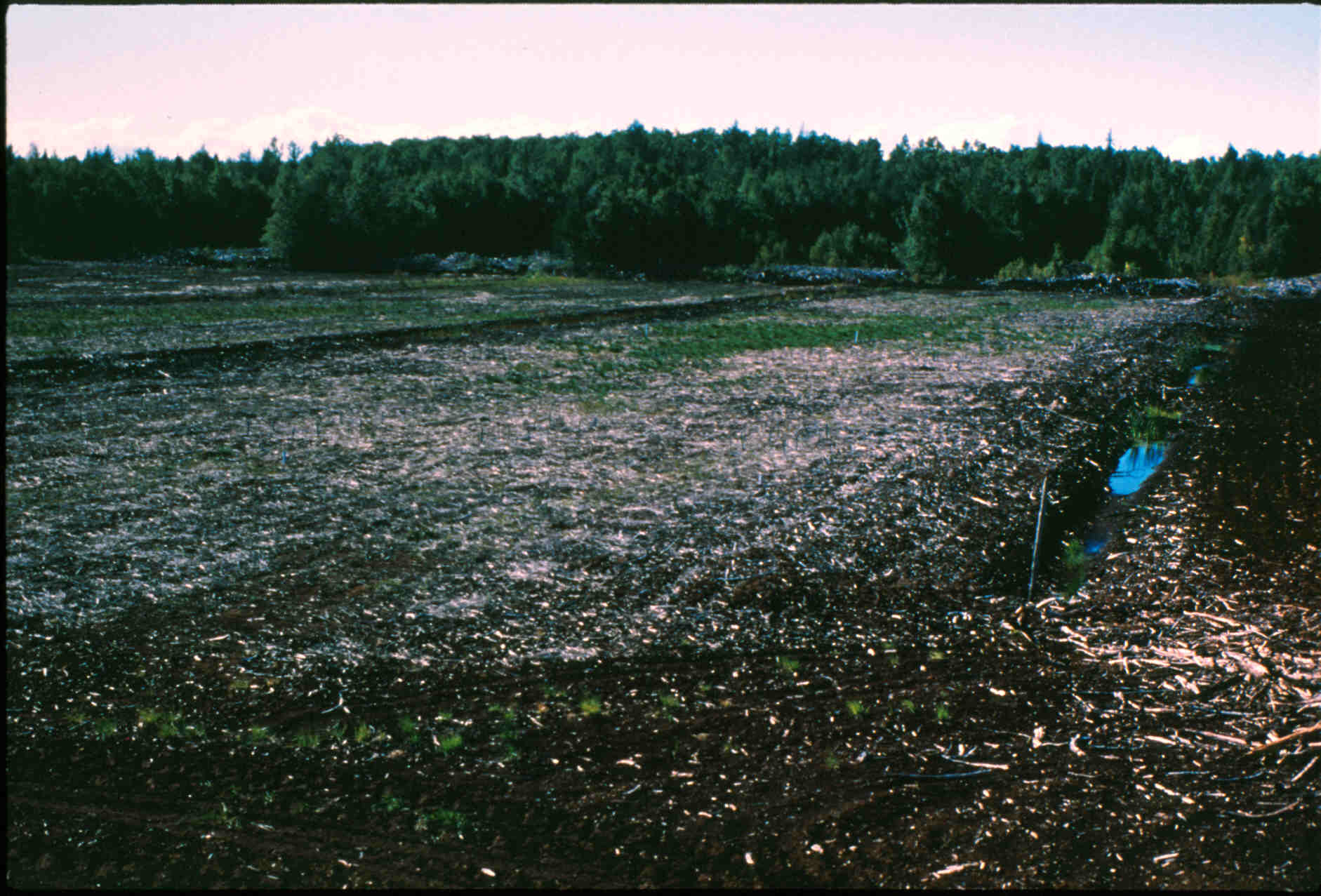 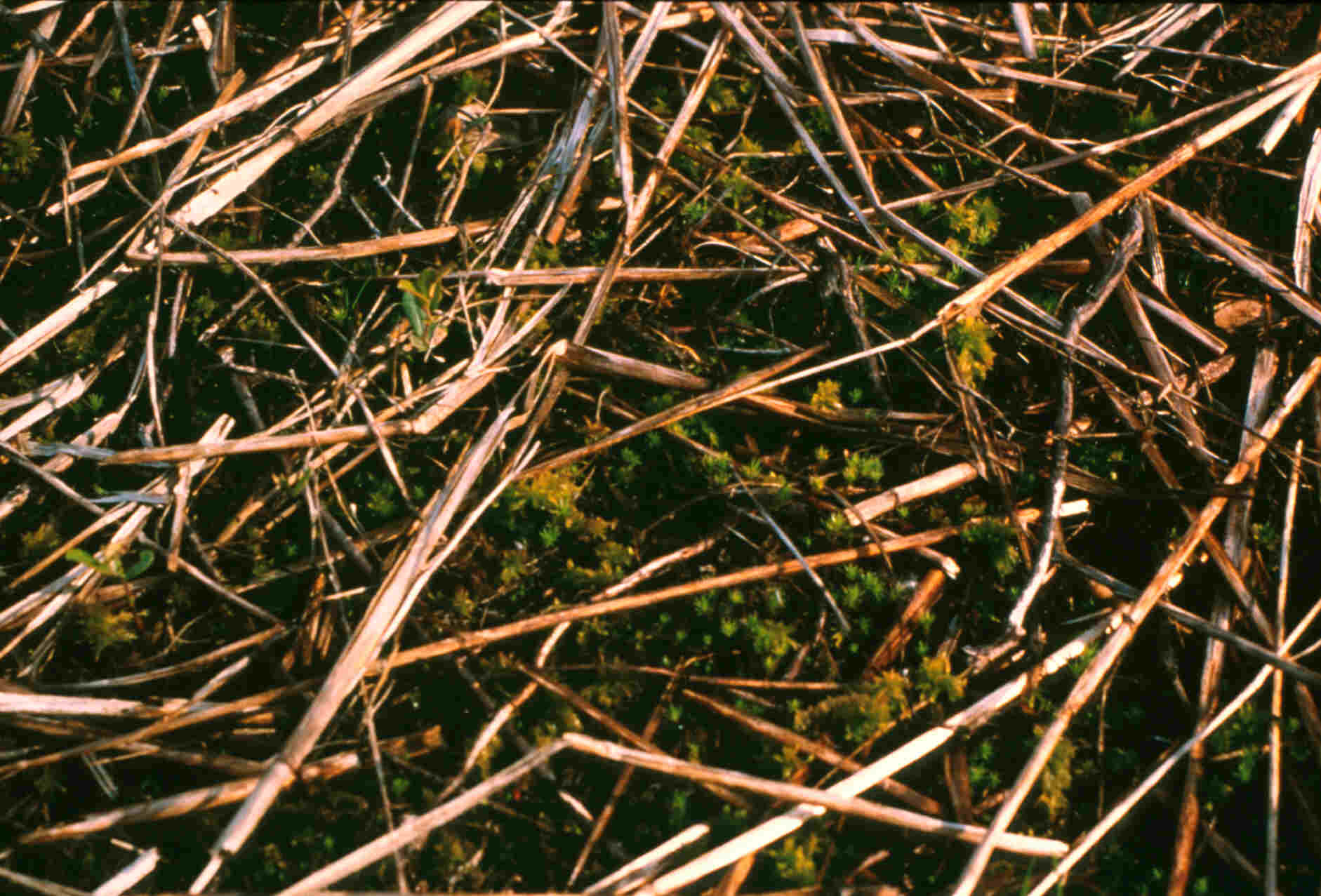 For Premier Tech Horticulture the first implementation of large-scale restoration began in 1995. To date, 42 hectares (103 acres) of previously harvested peat areas are currently in restoration in Quebec. Another 25 hectares (61 acres) are dedicated to ongoing research. In 1999, Premier Tech Horticulture’s restoration efforts expanded westward for a peat bog in Saskatchewan. In all, we have had good results for establishment of Sphagnum and other bog plants at these sites. The future looks promising considering the complexity and the amount of time required in returning peatlands to functioning ecosystems (Fig. 6). 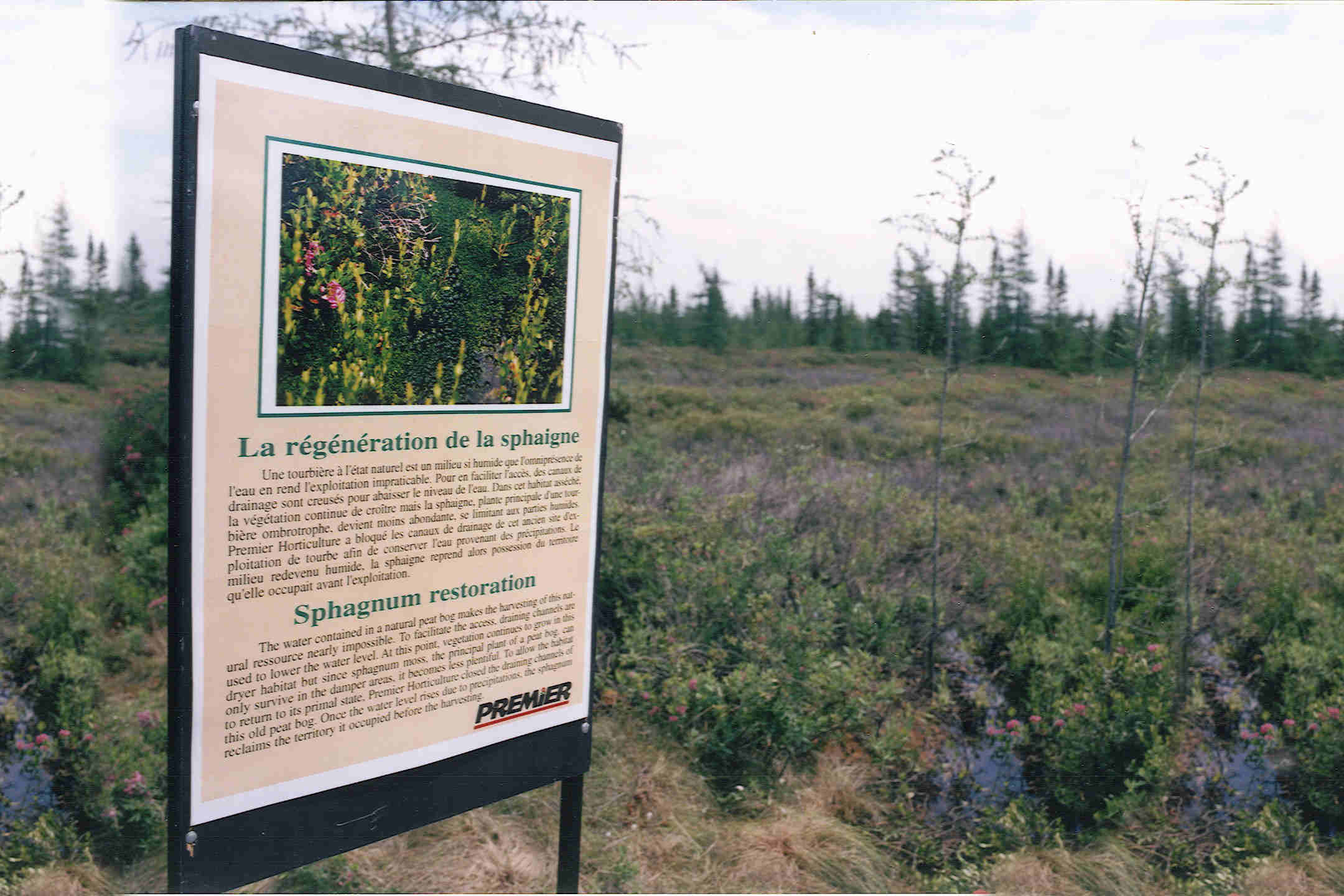