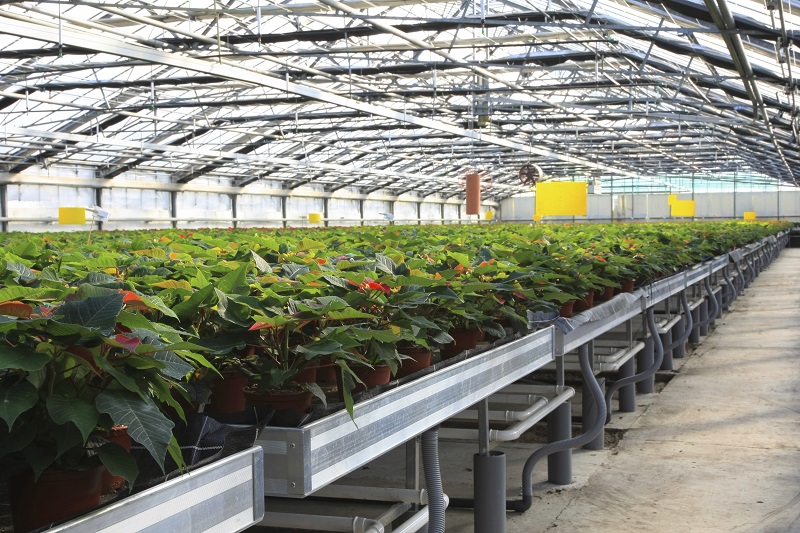 In the horticultural industry, many myths exist that can greatly affect how containerized crops are grown in the greenhouse environment. Many of these myths came by way of farmers transferring from growing agricultural field crops to greenhouse container production and have then been passed down from generation to generation. Many of these myths when applied to containerized crops are false, but have some basis of truth. One such myth is that sulfur will reduce the pH of growing media or “soilless media” as it will for field soils. Although sulfur based products could change the pH of soilless growing medium, it is unlikely; therefore, this myth does not hold true in practical applications.

Growing media or “soilless mixes” as their name implies do not contain any soil mineral particles (i.e. sand, silt or clay). Sometimes they are referred to as peat-lite mixes because sphagnum peat moss is the primary component. Growing media are often a mixture of organic and inorganic materials and may include sphagnum peat moss, bark, coir, perlite, pumice and vermiculite. The use of growing media in greenhouse production grew in popularity for several reasons including cost, possible contamination of field soils and weight in shipping.

There are three reasons why sulfur materials are not effective at reducing the pH of soilless media:

Iron sulfate and aluminum sulfate, when used as a drench, are faster reacting due to their oxidized state which requires a chemical reaction rather than biological reactions to help lower the pH of growing media. Both products must be used at high rates to adjust the pH of the soil or soilless growing medium, but with this comes excessive levels of iron or aluminum. In soil, this is not a problem as iron and aluminum would bind to the cation exchange sites, but in soilless growing media, which have fewer exchange sites, most of the iron and aluminum is available at phytotoxic levels. Iron sulfate and aluminum sulfate also increase the electrical conductivity of the growing medium, increasing the risk of crop damage.

There have been a few cases where growers have experienced unexpected drop in the pH of their growing medium as a result of using sulfur products, such as gypsum. As stated, soilless growing media have low populations of the bacteria needed to convert sulfur into an oxidized form that is then used to make sulfuric acid, however if the growing medium becomes contaminated with soil, then higher concentrations of bacteria are introduced. This can occur when crops are placed on a soil floor and watery-mud mixture wicks up into the container through the drainage holes. It can also occur when muddy water splashes on the growing medium surface. These higher bacteria populations can then quickly convert sulfur based materials indirectly into sulfuric acid, causing the pH of the growing medium to drop.

In conclusion, the myth that sulfur will cause the pH of the growing medium to drop is not true under most growing situations. Soilless media do not have significant populations of bacteria to convert sulfur into sulfuric acid, crop time is often too short for these bacteria to build up and sulfur products are needed in such high amounts that they can introduce toxic levels of nutrients and salts.

Bottom line is if you need to drop the pH of our growing medium, consider using acidic fertilizers or injecting acid into the water to neutralize the alkalinity that causes growing medium pH to rise.