Hugh Ghormley and his wife Jill started Whitetail Nursery in 1996 in Garland, TX, just east of Dallas. How did his business get its name? It’s named after Hugh’s passion for deer hunting. When Hugh is not deer hunting, he settles into taking care of business at the retail/growing operation with Jill. Started as a fruit stand, Whitetail Nursery quickly grew into a seasonal retail garden center which then expanded into a second location where Hugh’s primary focus is now on his wholesale growing operation. 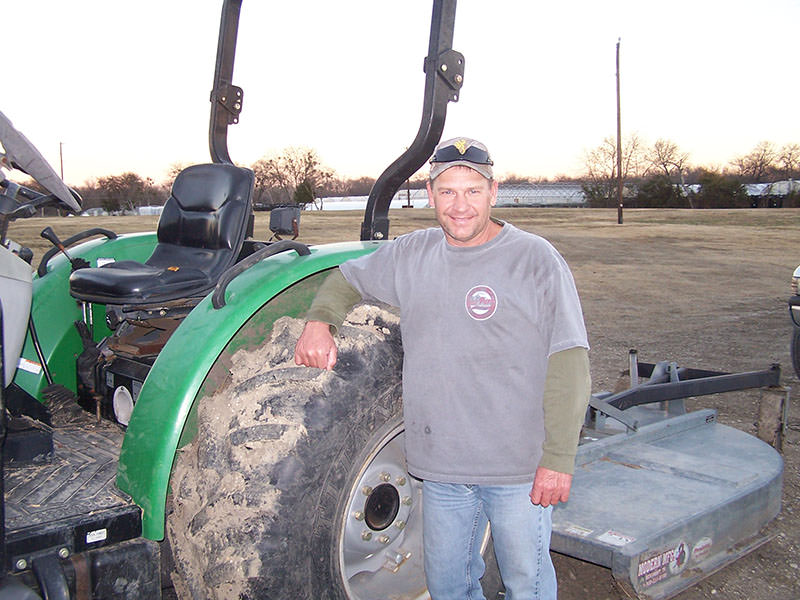 The growing operation in Mesquite, TX, consists of approximately 250,000 square feet of greenhouse production, and employs Hugh’s wife, who serves as office manager, his brother Kenneth, in sales, as well as his nephew Kenny II. Whitetail Nursery’s customer base is primarily landscapers with a few retail garden centers and grocery chain accounts that are seasonally supplied. Hugh’s product mix is predominantly 4” annuals with a few perennials and hanging baskets to round out his landscape selection.

Hugh is conservatively optimistic about the future and describes his future expansions as “controlled growth” with increased production coming from increases in efficiency more than actual increases in production space. These efficiencies come from increased use of labor-saving tools such as potting machines, shipping racks and conveyors.

In early 2013, Hugh partnered with Premier Tech Growers and Consumers and Kase Horticulture so he could use PRO-MIX® with MYCORRHIZAE™ in the 135-cu. ft. Mega-Bale format. Each year, Hugh uses approximately 15 truckloads of PRO-MIX® with MYCORRHIZAE™: 8-9 truckloads for his spring crops and 6-7 for fall crops. Hugh feels the Kase Gobbler will quickly pay for itself due to reduced costs per cubic foot of mix and labor savings. Hugh says he loves the Mega-Bale and it has reduced costs by freeing up a forklift and operator for 5-6 hours per day during planting season. Hugh points out that labor is his most limiting factor in growth and profitability, and is constantly looking for ways to reduce his labor costs and at the same time offer benefits that will help retain his well-trained and skilled staff.

We are pleased to partner with Hugh and his staff at Whitetail Nursery and wish them the best of success.