What is Sphagnum Peat Moss and Where Does It Come From?

PDF version of this text: What is Sphagnum Peat Moss and Where Does It Come From? 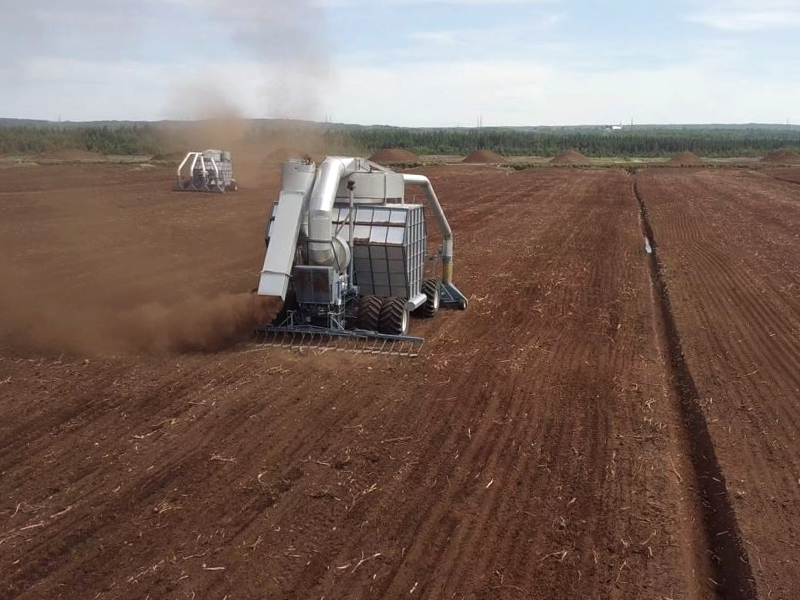 When you see a picture of a harvested Canadian peat bog, it looks like any other field that is made up of mineral soil. Actually, the tan-brown peat moss that makes up the field is an accumulation of sphagnum moss plant residues; there is no mineral soil in a peat bog. Peat moss is used by professionals and consumers to make growing media or to incorporate into a garden or landscape as soil conditioner. The most common use for peat moss is for producing professional and consumer growing media to grow plants. 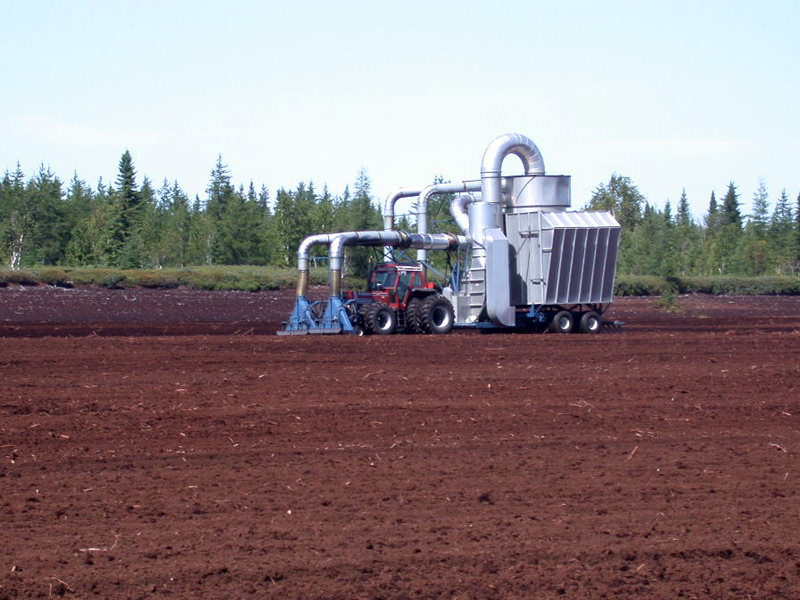 This is a field of sphagnum peat that is in the process of being harvested. It does not contain any mineral soil, only accumulated plant material. Source: Premier Tech.

Most of the peat moss used in crop production comes from Canada and is composed mainly of mosses from the genus Sphagnum (of which there are 160 species of sphagnum found globally). This is where the name sphagnum peat moss is derived from. Sphagnum peat moss is valued by growers and gardeners because it is virtually free of weeds, insects and diseases. It also has a high water holding capacity with good air space, it is consistent from year to year, and crops thrive in it. 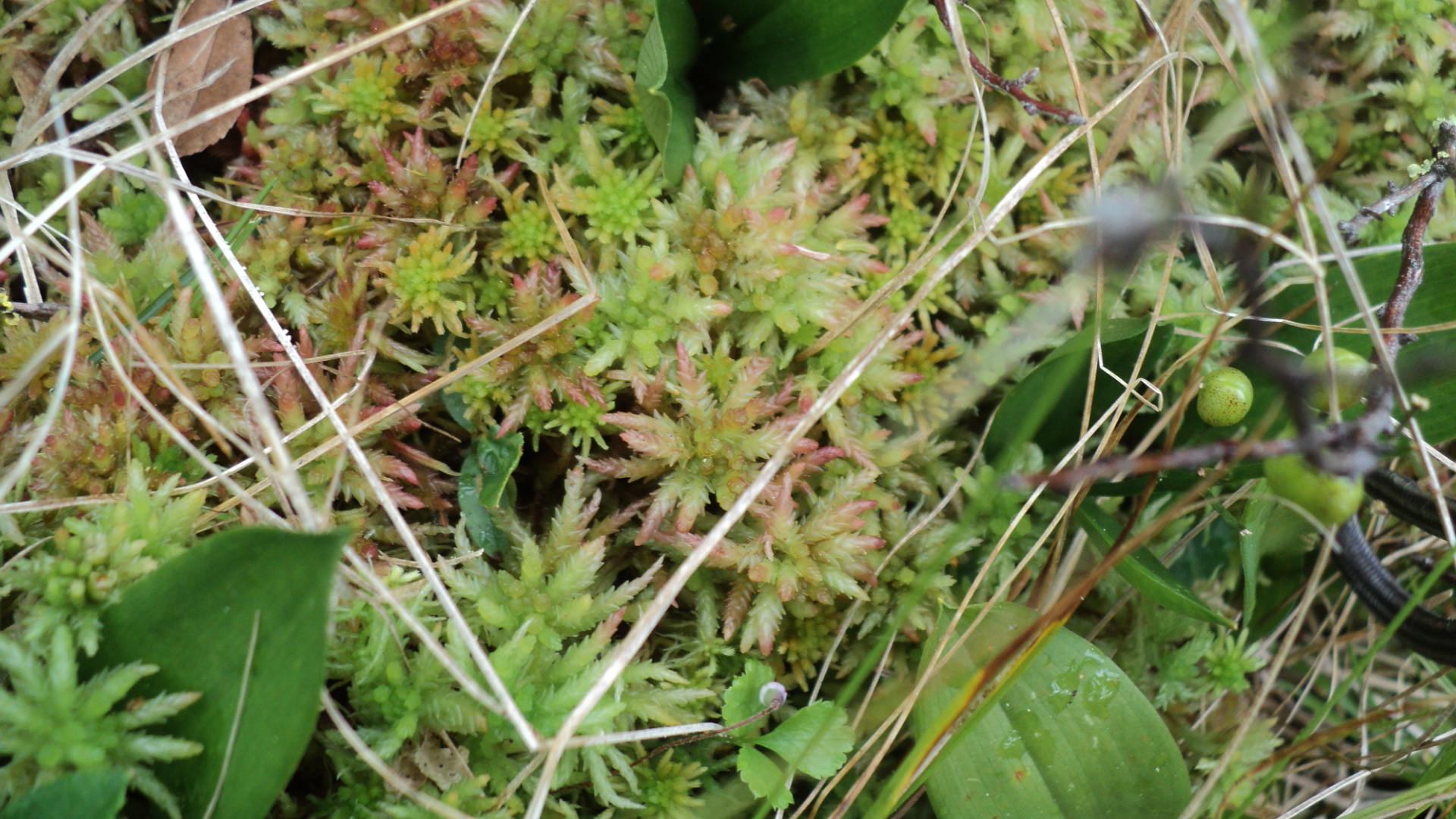 Close up of sphagnum moss growing in a bog. Source: Premier Tech.

Canadian peatlands formed over 10,000 years ago in very moist and poorly drained low spots such as old river beds, lakes or ponds. Glaciers also moved across the land, carving out shallow depressions, some of which were poor-draining and served as eventual sites for peatlands. After the glaciers melted, the water runoff filled in these areas. Due to their poor drainage, the water has low oxygen, so it is anaerobic and has limited microbial populations that would normally decompose plant material. In a typical peatland, the rate of decomposition of dead plant material is very slow compared to the rate of accumulation, allowing dead plant material, known as peat, to accumulate.

The first is a fen, or minerotrophic peatland. Fens are characterized as having high water tables and slow drainage. Water enters the bog from surface runoff from surrounding higher lands, bringing with it mineral nutrients. The pH of the water in a fen is 4.5-7.5, it has low oxygen content, and it is predominantly home to brown mosses, sedges, reeds and other herbaceous plants, but little to no sphagnum species. The peat is characterized as mats of linear fibers.

The second type of peatland is a bog, or ombrotrophic peatland, which also has a high water table but lacks mineral nutrients. Bogs only receive water through precipitation, so the few mineral nutrients that it receives come from precipitation or wind-blown dust. The water in the bog also has low oxygen, and therefore is anaerobic. Few plants can grow in this environment; however, sphagnum moss species can, which is good as they are poor competitors.

In fact, sphagnum moss further increases its chance of success by acidifying the pH of the water in the bog to 3.0-4.5. This is done by taking up cations, mostly calcium and magnesium, and in exchange releasing hydrogen ions (acid ions). Most weedy plants cannot grow in this harsh environment, which is why sphagnum peat is considered essentially free of weeds and weed seed.

In a maturing bog, dead plant material coming mostly from sphagnum moss accumulates to a point where the bog becomes raised in the middle, meaning that it rises above the water table. Then, shrubs and trees grow on the surface, which introduces roots or sticks in peat moss. Predominant plants found in mature bogs are sphagnum moss species and ericaceous shrubs and trees (cotton grass, leatherleaf, pitcher plant, cranberry, sundew, blueberry, Labrador tea, rhododendron, larch, black spruce, birch). Peat from a bog is characterized as lighter in color, spongy and lightweight. 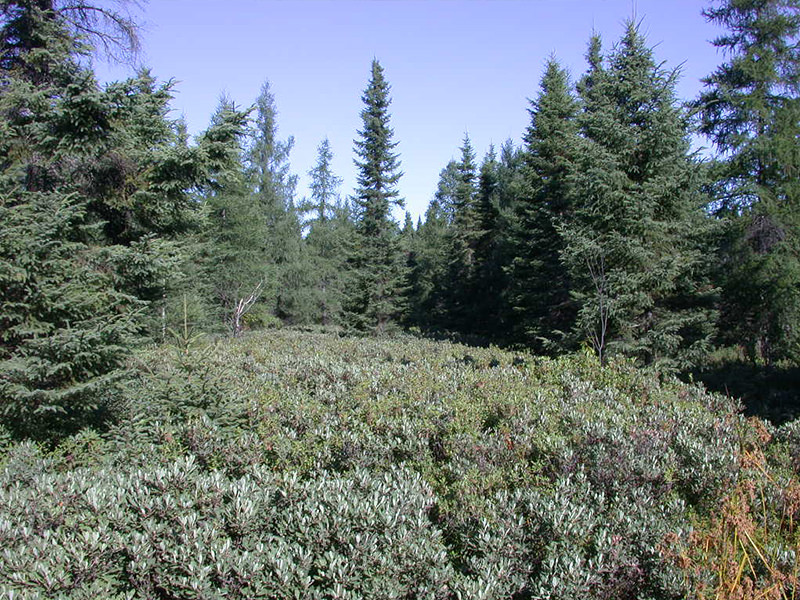 Sphagnum moss grows at a rate of 0.75-4.75 inches (2-12 cm) per year. The lower parts of the plant die and accumulate at the bottom of the bog, gradually forming peat. Annual peat accumulation is about 0.5-1.0 mm. Peat deposits can range from a few inches up to 20 feet (5 cm-6 meters) in depth. The least decomposed peat is found at the top of the bog and has discernible plant parts. Its color is yellowish-brown with a spongy texture, excellent air porosity and long fibers. As you go deeper into the bog, the peat becomes more decomposed with little to no discernible plant parts. It is also darker in color (brown to eventually black) and has short fibers, finer texture and low air porosity. 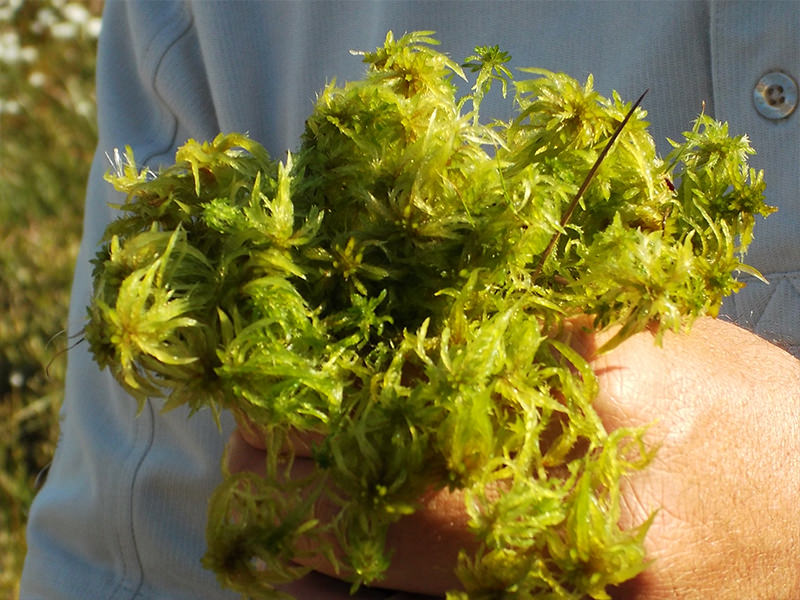 Sphagnum moss consists of a main stem with two to three spreading branches and two to four hanging branches. The top of the plant consists of tightly clustered side branches which emerge the following season. Along the stem are many leaves which consist of two types of cells: small, green living cells (chlorophyllous cells) and large clear, structural dead cells (hyaline cells) that have a high water holding capacity. Hyaline cells not only help sphagnum moss tolerate drier conditions by storing water, but also contribute to its large water holding capacity when used in growing media.