Compost Tea Use with Soilless Media

Compost tea is not a new concept in agriculture or horticulture. Compost tea is basically stabilized organic matter (compost) and water mixed together. The beneficial claims that are made regarding compost tea are very similar to those for compost with the advantage of being able to spray it on crops or drench soil or growing media. It can provide plant growth compounds and beneficial microorganisms to enhance plant growth and help in preventing diseases. In the past 10 years or so, it has been promoted mainly for enhancing microbial activity in soils. A lot of organic growers became interested in making compost tea, because few products were available for disease suppression.

Alleged claims that compost tea can control diseases generated a lot of criticism from scientists; they found conflicting results in regards to suppression of diseases, such as gray mold (Scheuerell & Mahaffee 2006). More recently, with the growing interest in both conventional and organic agriculture to develop practices that positively impact crop productivity, many university researchers have investigated the different practices in making compost tea. They have identified some key methods in making compost tea and more consistent results have been published in scientific publications (Scheuerell & Mahaffee 2006). More research is still required to understand the mode of action of the microbes in compost tea and clarify the by-products produced by them.

What is compost tea?

Compost tea is produced by mixing compost with water and brewing it for a defined period of time; usually 24-48 hours. A large container or rain water barrel can be used to make the tea which then can either be aerated or not. Aeration supplies oxygen uniformly through the tea which favors the development of microorganisms that need oxygen to live (like most microorganisms found in arable soils).

Many other additives can be added to the tea to improve efficacy like kelp extract, rock dust and humic acid. 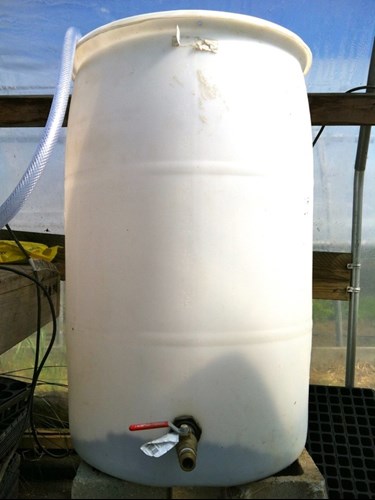 Ideally, compost tea should be used rapidly, within 4-6 hours after it’s made. Shelf life can be extended by keeping it cool and periodically stirring it. Eventually, however, the microorganisms in the tea will consume all the food available to them, causing their populations to rapidly decline.

Compost tea should be applied directly to the growing medium or the foliage. For soil drench, it can be applied at either full strength or diluted 1:1 (water: compost tea) to provide enough solution to thoroughly saturate the root zone. If applied to the foliage, do so early in the morning to avoid sun and UV degradation of the tea. 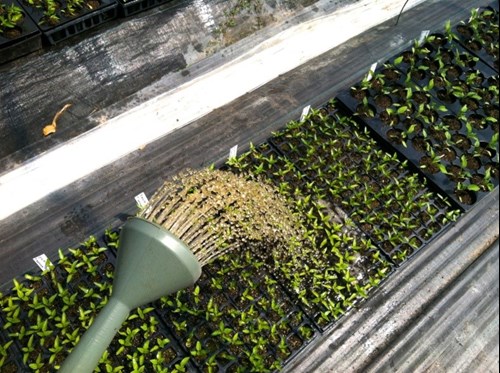 Understanding how it can help crops

You might wonder how these introduced microbes coming from the compost tea can suppress unwanted diseases or improve plant growth.  The literature shows results of the beneficial effects, but explanations are complex and depend on many factors, including plant species, compost quality, extraction method and growing conditions.

Below are some results reported in the literature (Scheuerell & Mahaffee 2006):

Compost tea use with soilless media

Compost teas work well with most soilless media and can serve as a preventive measure to suppress pathogens before they cause disease. It would be important however to verify that these microorganisms are compatible with any beneficial organisms that are pre-mixed into growing media used to control root disease pathogens. Compost tea is not considered a fertilizer (as it provides minimal nutrient levels) nor is it considered a fungicide or pesticide either. It enhances microbial activity in the growing medium which helps improve plant growth.

Mycorrhizae cannot be added to compost tea because they do not survive with the high populations of microorganism for more than a couple of hours. In growing media, it is different because the concentration of microorganisms is much lower than in the highly concentrated compost tea. Mycorrhizal spores do have certain resistance to heat, cold and drought because they are storage organs. However, this resistance is acquired progressively in soils, but not when put in actively brewing solution.

Testing is a key aspect when using compost teas. Keep in mind that use and brewing of the compost tea may need to be adapted to the growing conditions and environment in the greenhouse. A lot of information and coaching is provided by groups, like the Soilfoodweb.com, to help you get started brewing your own compost tea. For more information on compatibility of compost teas with PRO-MIX® growing media and MYCORRHIZAE™, please feel free to contact your Premier Tech Horticulture Grower Services Representative.